Mr. President, High Commissioner for Human Rights, excellencies, distinguished delegates, at the 30th Session of this Council last October, Sri Lanka, by co-sponsoring the Resolution 30/1, ‘Promoting Reconciliation and Accountability in Sri Lanka’, broke away from the years of disengagement, self-isolation, and confrontation that preceded the election of President Maithripala Sirisena in January 2015.

Sri Lanka, hailed at Independence in 1948 as a potential “Switzerland of the east”, was now ready to come to terms with the many tragedies we have had to face as a nation in the past, and move forward as a brave new country in order to harness the peace and prosperity that our people truly deserve.

President Sirisena, in his Address to the Nation on the 68th Independence Day anniversary on 4 February this year, reiterated his commitment to fulfil the provisions of Resolution 30/1, in working out the contours of a new Sri Lanka.

He said that Sri Lanka is committed to implement the Resolution to protect the dignity of our State, our People and our Security Forces and that we will implement the proposals with patience, discipline and restraint. It will be freedom, democracy and reconciliation that will be reinforced by implementing the provisions of the resolution.

When Sri Lanka’s unity Government marks its first year in office in August this year, there will be many achievements to look back on, with a certain sense of satisfaction.

While consolidating many of the democratic changes achieved within the first 100 days, we have begun taking action on all fronts related to strengthening good governance and the rule of law; promoting and protecting human rights; fostering reconciliation; and achieving economic development; while engaging and working closely with the international community in a constructive manner that benefits the people of our country:   In order to ensure that the setting up of the reconciliation mechanisms is done effectively, a Secretariat for Coordinating the Reconciliation Mechanisms has been set up under the Office of the Prime Minister.

The Government recognises that, in order for the transitional justice process to be effective in achieving the desired objectives, the necessary mechanisms should be properly sequenced, integrated and coordinated.

Some have started raising alarm bells that sequencing of mechanisms is a delay tactic or means to omit the component of justice. This is incorrect. The Secretariat for Coordinating Reconciliation Mechanisms is already consulting experts and is working on obtaining the required training and capacity-building for the relevant mechanisms – investigating techniques, forensic expertise, prosecutorial strategies – so that when the designs are in place, following the Consultation Process, the required expertise for the mechanisms will also be in place.

A Task Force consisting entirely of civil society representatives has been appointed to seek the views of the public that will inform the designing of the truth-seeking, justice, accountability and reparations mechanisms.   The task of working on the wider issues of reconciliation aimed at achieving non-recurrence is being coordinated by the Office of National Unity and Reconciliation which comes under the purview of the President, and is led by former President Chandrika Bandaranaike Kumaratunga.

The draft Bill approved by Cabinet to establish a Permanent and Independent Office on Missing Persons, which is an essential component of the truth-seeking process and the first mechanism in the transitional justice programme, has already been gazetted and included in the order paper of Parliament. This, to us, is a milestone in Sri Lanka’s reconciliation process.

A Bill to amend the Registration of Deaths (Temporary Provisions) Act No 19 of 2010 to enable the issuance of Certificates of Absence in respect of Missing Persons was approved by Cabinet and gazetted earlier this month. This too will be tabled in Parliament to be taken up in July.

The International Convention for the Protection of All Persons from Enforced Disappearance was ratified and the draft legislation to give effect to the provisions of the Convention will be presented to the Cabinet in July, for gazetting and presentation to Parliament.

A ‘National Policy on Durable Solutions for Conflict Affected Displacement’ has been evolved through wide consultations, and with technical support from the UN. The Policy is presently before Cabinet for approval, and has been released to the public as well.

A Committee is now putting the final touches to the first draft of the new counter-terrorism legislation that will replace the much criticised and much abused Prevention of Terrorism Act, in keeping with Sri Lanka’s commitment and obligations to human rights and countering terrorism. Technical assistance for this purpose has been sought from the UN Counter-terrorism Committee Executive Directorate.

Despite the Government maintaining a zero tolerance policy on torture, its incidence has not ceased, although reduced. We are seized of the seriousness of the issue and have also sought the assistance of the National Human Rights and Police Commissions in Sri Lanka to create greater public awareness and initiate the necessary public discourse required, in addition to training programmes for the Police and other measures aimed at combating and eliminating torture including addressing the need for prosecution and conviction.

A Cabinet approved Inter-Ministerial Committee has been tasked with drafting the National Human Rights Action Plan for 2017-2021. Last week the military released another 701 acres of land to the District Secretary of Jaffna, out of which, 201.3 acres were handed over to their original owners on 25th June.

The Government has clearly instructed the military that all the land obtained from civilians must be released latest by 2018, and that the owners of whatever land that may be required for national installations or development purposes would be fully compensated.   The three principle pillars on which the architecture of the new Sri Lanka is built, are democracy, development and reconciliation.

The Government is also working towards a new Constitution for Sri Lanka. This Constitution, while entrenching the democratic gains we have achieved during the last year, will also be a celebration of Sri Lanka’s diversity as a multi-ethnic, multi-religious, multi-lingual country that will guarantee equal rights, justice and dignity for all, and address some of the issues that have plagued us since Independence and has stood in the way of our unity as a nation.

The Public Representations Committee tasked with seeking the views of the public for the new Constitution has just completed its work, and their Report has been handed over to the Government.

Sri Lanka is also now open to the world and engages with the international community with courage and confidence. The Working Group on Enforced or Involuntary Disappearance, the Special Rapporteur on the Independence of Judges and Lawyers and the Special Rapporteur against Torture visited and shared with us their observations, which are being acted upon.

The Special Rapporteur on the Promotion of Truth, Justice, Reparations and Guarantees of Non-recurrence visited us thrice in one year, in a technical-advisory capacity.

We were also pleased to receive you, High Commissioner, in February; and we are hopeful that Secretary-General, Mr. Ban Ki-moon, will visit us this year as well.

We invite all who are interested in Sri Lanka’s progress to visit us, including all those who criticise us, fairly or unfairly. We are ready and willing to accept praise as well as criticism in the correct spirit, and use both for reflection and improvement.   One of our weaknesses has been our failure to communicate our strategies and plans, effectively.

We are already planning on starting a communication drive to address this essential requirement.   Mr. President, reconciliation does not happen at once, overnight. It requires effort, hard work, commitment, and careful, continuous, concrete action. It is not an end that can be reached where no further work is required.

It is not a box that can be ticked as achieved. It is a journey that requires constant striving. A commitment towards which our nation should be bound across generations, and a central tenet of governance, because the price to pay if we falter, is not one our nation can endure once again after over thirty years of bloodshed that has spared no one.

I would say that we are following what the ancient Romans would have called, a policy of festina lente – making haste slowly. This may make it seem for some that the progress we are making is too fast, and too slow for others.

What we have achieved so far since January 2015 may seem like ‘baby steps’ for some, but for us they are ‘giant leaps’. Some alleged that we are being optimistic, upbeat and hopeful. I must say that we are. How else do we work towards achieving our objectives?

What is important is that our optimism is not based on delusion. It is based on the actual results of what we have managed to achieve so far, and the knowledge that our Government is working on a comprehensive strategy that will enable us to pursue different processes in a coordinated, integrated and appropriately sequenced manner.

While dealing with the low-hanging fruit immediately, we have strategies and plans to deal with the more serious and controversial issue of setting up a judicial mechanism with international assistance.

Sri Lanka is no stranger to international assistance and participation with many investigative and forensic experts having worked with us in the past.   Of course, there are varying views on the nature, level and role of international participation. Divergent views are indicative of a healthy democracy and consultative process.

Despite such divergent views, however, I can assure you that the mechanism that is finally set up will be one which has the confidence of the stakeholders, especially the victims, with fair trial and due process guarantees.   The road ahead is certainly challenging, but it is powered by our determination and resolve to achieve reconciliation.

There are some who doubt our sincerity to do so, and also a few who want us to fail. For those of our friends who are genuinely concerned, and want Sri Lanka to succeed, every delayed second seems to appear as an eternity, and they fear that the Government has lost its way and the political will to succeed.

Then there are others who are misinformed and misled and therefore, disbelieve or are unaware of the achievements so far. And of course there are those who pray that we won’t succeed. These are the forces of extremism on both sides of the divide, who, in league with the ghosts of the past, wait to rejoice to see Sri Lanka fail to succeed in its journey of reconciliation.

For the extremists of course I have nothing to say, but to all the others, I wish to say that the Government is united and firm in its commitment to achieve reconciliation, development and ensure non-recurrence.

Let us have the benefit of your doubts in order to take forward this extremely challenging yet essential process for our nation.

As I mentioned before, Sri Lanka is open to the world, and I invite all our friends to come and see what we have done, and assist us in this historic journey.   When I come back here in March next year, the contours of the new Sri Lanka we aspire to build, I believe, will be far clearer.

We appreciate greatly, Mr. President, the role of those who are helping Sri Lanka in this challenging journey in numerous ways – through advice, through technical assistance, through resources and investment. We are also deeply appreciative of the support of the High Commissioner and his Office.

We note that the High Commissioner’s Report acknowledges our achievements.   We appreciate the observations made which help us reflect, and take action to address areas of concern, and we look forward to continue to work in close cooperation with the international community in our journey towards economic and social progress, reconciliation, and achieving durable peace for our people.

I urge all of you to support our journey with patience and perseverance. 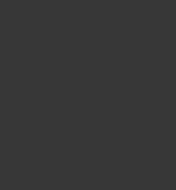 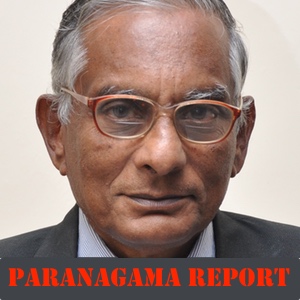 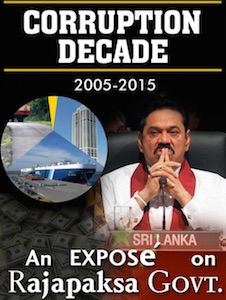 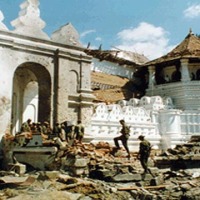 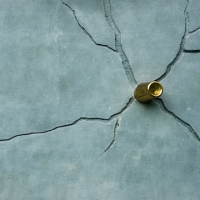 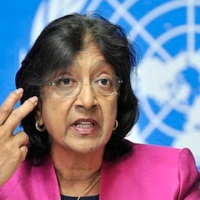 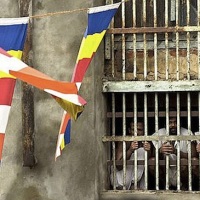 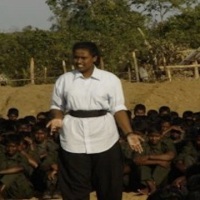 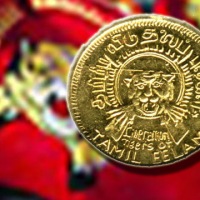 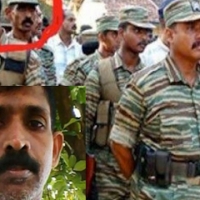 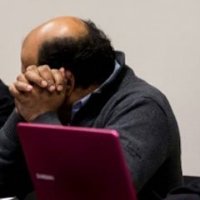 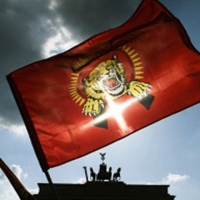 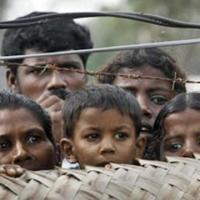 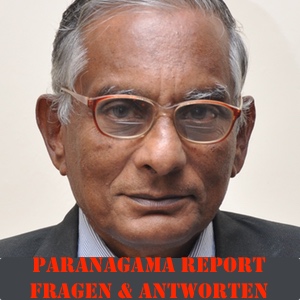 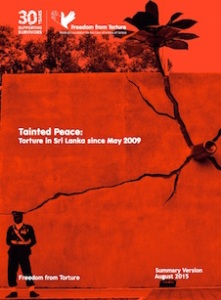 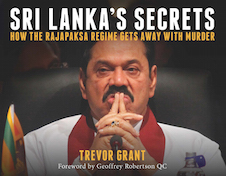 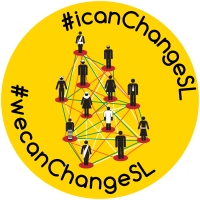